To share your memory on the wall of Carroll Killingsworth, sign in using one of the following options:

To send flowers to the family or plant a tree in memory of Carroll Killingsworth, please visit our Heartfelt Sympathies Store.

We encourage you to share your most beloved memories of Carroll here, so that the family and other loved ones can always see it. You can upload cherished photographs, or share your favorite stories, and can even comment on those shared by others.

Posted Dec 27, 2019 at 12:00am
Our prayers and thoughts are with Mr Killingsworth’s family and friends. He was one of the nicest and most thoughtful men I have known. From Carol and Claiborn Crain.
Comment Share
Share via:
JM

Posted Dec 27, 2019 at 12:00am
No two people ever felt more like my own parents than Carroll and Vondell Killingsworth! I loved you Mr K... I have never forgotten your strong and steady guidance in my young life.
Comment Share
Share via:
WG

Posted Dec 27, 2019 at 12:00am
When thinking of a life well lived, Carroll Killingsworth comes to mind. He was my favorite teacher and is remembered for his intellect, kindness, sense of humor and integrity. Just an overall wonderful man. My sincere condolences to his family.
Comment Share
Share via:
JM

Posted Dec 27, 2019 at 12:00am
I send deepest condolences to Russell, Michell and your families. Mr. K was kind and encouraging, and a role model to us all. Much love, Julie Whittington McCoy
Comment Share
Share via:
HR 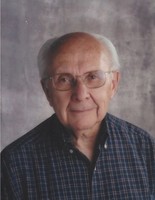