To share your memory on the wall of Villa Montene Stevens, sign in using one of the following options:

Print
Villa Montene Stevens, 98, of Happy passed away on Saturday, June 20, 2020. Graveside services will be at 2:00 P.M. on Wednesday, June 24, 2020 at Wayside Cemetery with Byron Williamson and Archie Echols officiating.

Montene was born on... Read More
Villa Montene Stevens, 98, of Happy passed away on Saturday, June 20, 2020. Graveside services will be at 2:00 P.M. on Wednesday, June 24, 2020 at Wayside Cemetery with Byron Williamson and Archie Echols officiating.

Montene was born on May 5, 1922 in Brashear, Texas to John and Carrie Johnson Easley. She lived during the Great Depression and left school during the 8th grade to pick cotton to help support her family. She took pride in the fact that she became a supervisor, rebuilding bombers during WWII. One of her most enjoyable jobs was being a waitress for a café in Abilene where her brother was in training at the Army base. She married Clifford Stevens in Ft. Worth on August 19, 1944 and he preceded her in death on January 6, 2011.

Montene was very refined and required proper grammar and college educations for her boys. She also drove a truck and combine on the farm with equal elegance and worked hard in her garden that she used to feed her five boys. She enjoyed china painting, crochetting and knitting and will be lovingly remembered for her wonderful cooking. Montene was always the happiest when she had a baby in her arms. She was a longtime member of Wayside Community Church.

To send flowers to the family or plant a tree in memory of Villa Montene Stevens, please visit our Heartfelt Sympathies Store.

Receive notifications about information and event scheduling for Villa Montene

We encourage you to share your most beloved memories of Villa Montene here, so that the family and other loved ones can always see it. You can upload cherished photographs, or share your favorite stories, and can even comment on those shared by others.

Posted Jun 23, 2020 at 11:51am
My memories are vivid. Your mother was a special encourager for me! She always bragged on whatever I did, no matter how badly I performed. She was always so nice and sweet. Condolences and best wishes to her family.
Eddie Moudy
Comment Share
Share via:
DO

Posted Jun 22, 2020 at 10:12am
Montene was a very special person. She always made me feel welcome and a part of the family on our visits to the farm when we were growing up. She and all of you are in my thoughts and prayers. Wish I could be there. Ann Odvody
Comment Share
Share via:
E

Posted Jun 21, 2020 at 10:48am
We are so sorry for you loss. May God bless and keep you all.
Elizabeth Phillips McCandless and Family
Comment Share
Share via:
NS

Posted Jun 20, 2020 at 04:17pm
We love you and your sweet family, Christi. May you all be filled with Gods perfect peace as your remember your darling Memaw. The Heinrich Family 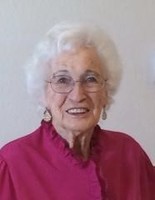