To share your memory on the wall of Robert Sherman, sign in using one of the following options:

He was born January 15, 1931, in a farmhouse near Goodwin, SD to Joseph & Ada Sherman. He attended Goodwin High School and was active in high school sports, especially boxing and basketball. He married Mary Ann Fischer in June 1948, at Holy Rosary Catholic Church in one of South Dakota’s youngest marriages.

After graduating from business school and teaching as a college instructor, the couple, along with two daughters, moved to California in 1969. While employed at a San Francisco-based accounting firm, he continued post-graduate education at night schools at Golden Gate College and Armstrong College of Law in Berkley. He served for nearly 20 years as a tax partner in the same accounting firm. Robert practiced as a Certified Public Accountant for over 40 years. As part of his assignments, he traveled extensively to the islands of Guam, Saipan, Yap, Palau and other areas in the Trust Territory of the Pacific Islands.

After retiring, the couple spent several years traveling across the back roads of America, visiting many small rural towns and scenic areas. Robert became an avid photographer and was especially interested in ghost towns and deserted mining camps. He became interested in the history of the mid-to-late 1800’s and many trips were planned with that in mind. His scenic photographs won many blue ribbons at county and state fairs.

The couple moved to Keno in southern Oregon in 1988. In December 2014, the couple moved to Canyon, Texas, to be close to family. At this date, his beloved wife had developed early stages of Alzheimer’s and dementia, and in June 2019, she passed away. They were married just shy of 71 years.

Preceding him in death was his daughter Patricia Zirbes, a son (William) and a daughter (Stella), both of whom died in infancy; his parents Joseph & Ada Sherman, brothers Lloyd, Raymond & Harold, and sisters Grace Turbak & Ruth Winter.

To send flowers to the family or plant a tree in memory of Robert Roy Sherman, please visit our Heartfelt Sympathies Store.

Receive notifications about information and event scheduling for Robert

We encourage you to share your most beloved memories of Robert here, so that the family and other loved ones can always see it. You can upload cherished photographs, or share your favorite stories, and can even comment on those shared by others. 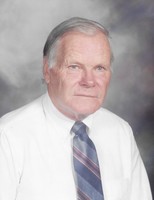