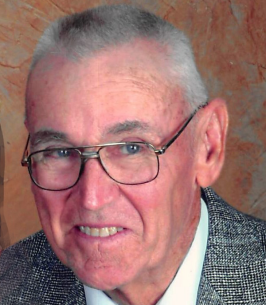 Robert Earl Rea was a storyteller. He loved to travel from barn to barn or coffee shop to coffee shop to shoot the breeze with anyone willing to listen.

Earl was born to Shrader Coleman Rea and Elva Lovelady Rea on July 1, 1930 in Randall County, Texas. He was the middle of three children and recalled stories of living through the Dust Bowl. He graduated from Amarillo High School in 1948 and served in the Army from 1951 to 1953.

While working for Raymond Kimball running cattle in Missouri, Earl met June Ludwig at a café. The two began dating in February of 1954. When he was back in Texas farming, they would keep in touch through letters and phone calls. That April, Earl asked June if she would like to become a farmer’s wife and she said yes. They were married on August 28, 1954 in Bushland, Texas. Earl lovingly referred to her as his sweetheart and often told others that he had the best!

In 1965, Earl began farming in Wildorado on Grusing’s land. After farming there for five years, he started a custom harvesting business. He spent many years harvesting – which took his family to places they would have never gone and helped them make longtime friends with a lot of very nice people. Earl was a hard worker. When he wasn’t working, he was chasing grandkids at sporting events – who called him “Papa” – and, of course, he was telling stories.

In lieu of flowers, the family suggests memorials be made to the Wildorado School District or to your favorite charity.