To share your memory on the wall of LaQuitta Polvadore, sign in using one of the following options:

Print
LaQuitta Polvadore, 83, of Canyon, passed away on Saturday, December 7, 2019 in Arlington.  Services will be at 1:30 P.M. on Thursday, December 12, 2019 at Paramount Baptist Church in Amarillo with Lance Herrington, Associate Pastor, officiating. ... Read More
LaQuitta Polvadore, 83, of Canyon, passed away on Saturday, December 7, 2019 in Arlington.  Services will be at 1:30 P.M. on Thursday, December 12, 2019 at Paramount Baptist Church in Amarillo with Lance Herrington, Associate Pastor, officiating.  Burial will follow in Memory Gardens Cemetery.  The family will receive friends from 7:30 to 9:00 P.M. on Wednesday, December 11, 2019 at Brooks Chapel in Canyon.  Born in Canyon, TX to John and Letha Patterson, LaQuitta grew up on the family farm near Wayside, TX and attended Happy High School, where she graduated valedictorian of her class. After attending West Texas State University, she met the love of her life, Kenneth Polvadore at a rodeo dance in Canyon.  It was during that dance that Kenneth announced that he was going to marry her. After a brief courtship, they were soon married and remained happily married until separated by death. LaQuitta's long and distinguished career as a public servant was acknowledged when she was honored with Amarillo Women's Network's 1998 "Lifetime Achievement Award". In an article posted on February 14, 1999, the Amarillo Globe News had this to say: "Polvadore, who retired Dec. 31 after 28 years as District Clerk, began her career in 1957 at the 47th District Attorney's office. In 1959, during her husband's military service, Polvadore worked in the U.S. Attorney's office for the Territory of Alaska, but she returned to the DA's office when the family moved back to Amarillo. In 1970, she replaced the retiring district clerk." "A news release from the AWN credited Polvadore with taking the district clerk's office from the world of "hand-written entries" to a highly computerized office, dealing with volumes of documents, processing several million dollars of child support annually, and working with the district judges and country court at law judge who sit in Randall County, the attorneys who practice in these courts and the general public." "In 1985, she was recognized by the County and District Clerks Association of Texas as the "Outstanding District Clerk of Texas," for her years of service in her official capacity and her service to the statewide organization. She has been a member of Amarillo Women's Forum, Canyon Rotary Club, Amarillo Women's Network and an active member of Paramount Baptist Church." Upon her retirement from office, LaQuitta was once again mentioned in the Amarillo Globe News in an article published Nov. 10, 1998 entitled "An Invisible Influence".  "...Laquitta Polvadore has done such a good job as Randall County district clerk that she hardly ever makes news.... How has she done for all those years? Masterfully. Those who know and work with Polvadore praise her for her ability and willingness to work closely with other county department heads. They praise her skill, common sense and efficiency. They note as well that the office has had to adapt to major changes in the way the state handles child-support payment collections. All this has happened with little, if any, fanfare — let alone difficulty. That is the way to run a government agency. LaQuitta Polvadore has earned a heart-felt thank you for a job well done." LaQuitta's life of service extended well beyond her career. She was a devoted wife and mother. She was never too busy to read a bed-time story, sew a costume for a school play,or run her children to and from various  school activities.  As a lifelong believer in Jesus Christ, LaQuitta was actively involved with her church, serving as a Sunday school teacher and teaching ESL.  She loved the Lord with all her heart and always tried to follow His teachings in her daily life.  After retiring, she enjoyed playing golf with her husband and friends, and traveling in the US and abroad. She is preceded  in death by her parents John and Letha Patterson of Wayside, TX, her husband of 59 years Kenneth Polvadore of Amarillo, her sisters Betty Patterson of Canyon, TX  and Patricia Dye of Claude,TX. She is survived by her children Teresa Polvadore of Arlington, TX and Brett Polvadore of Abilene TX, and numerous  in-laws, cousins, nieces and nephews. In lieu of flowers, memorials can be made to Care Net, www.care-net.org or to Faith City Mission, PO Box 870, Amarillo, TX 79105.
Read Less

To send flowers to the family or plant a tree in memory of LaQuitta Polvadore, please visit our Heartfelt Sympathies Store.

Receive notifications about information and event scheduling for LaQuitta

We encourage you to share your most beloved memories of LaQuitta here, so that the family and other loved ones can always see it. You can upload cherished photographs, or share your favorite stories, and can even comment on those shared by others.

Posted Dec 09, 2019 at 12:00am
A Garden Path was purchased for the family of LaQuitta Polvadore by Linda and Gary Bartley.   Send Flowers Please accept our most heartfelt sympathies. Our thoughts are with friends and family during this difficult time. Linda and Gary Bartley
Comment Share
Share via:
ES 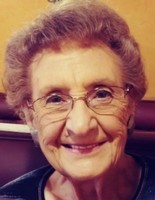