To share your memory on the wall of Joan Cook, sign in using one of the following options:

Provide comfort for the family of Joan Cook with a meaningful gesture of sympathy.

Joan was born on June 10, 1954 to John Jensen and Icil (Murphy) Jensen in Independence, Iowa. Her primary and secondary education was completed at East Buchanan Community School District in Winthrop, Iowa. She also obtained a Dental Assisting Certificate from Kirkwood Community College in Cedar Rapids, Iowa.

After Joan and her family moved to Canyon in 1991, she returned to school to become a registered nurse. She received her RN license from Amarillo College in 1996.

Joan married Charles Cook on August 16, 1974 in Independence, Iowa. They were married for 21 years and raised three children, Shannon, Daniel and Brian Cook.

Before passing away, Joan worked for Amarillo Pediatric Dentistry as a receptionist in the office of Dr. Bryan Bailey, DDS, PA. Also, from 1991-2013, Joan worked at Amarillo Children’s Dentistry as an Administrative Assistant. From 2000-2019, she worked part-time as an Assisted Living Caretaker for EduCare Community Living.

Joan was a member of St. Paul Lutheran Church in Canyon.

Joan grew up on a farm in Iowa. In high school, she competed in basketball and track.

Throughout her life, Joan loved watching Sci-Fi movies and was an avid Star Wars fan. She would sit for hours and watch the Star Wars marathon. She never missed her children’s activities, including band, baseball, soccer, football, skiing and taking her son’s friends to skate parks.

She was considered the ‘cool’ mom and everybody liked her. She loved teaching kids in Sunday School and they were her pride and joy.

Joan had a ‘big’ heart and cared for everyone. She loved giving hugs and gave good, sound advice. She was very wise and very loving.

Joan was preceded in death by her parents, John and Icil Jensen, her sisters, Pam Jensen and Linda Dale, and numerous other relatives.

Joan is survived by the father of her children, Charles Cook, of Amarillo; her daughter, Shannon Cook, of Canyon, sons, Daniel Cook, of Canyon, and Brian Cook, of Denton; brother-in-law, Robert Hughes, of Iowa; a niece, Joanie Dale, and nephew, Michael Jensen, of Iowa, and several aunts, uncles and cousins.

In lieu of flowers, the family suggests that you make a donation to St. Paul Lutheran Church of Canyon, 2600 4th Avenue, Canyon, TX 79015.
Read Less

To send flowers to the family or plant a tree in memory of Joan Cook, please visit our Heartfelt Sympathies Store.

Receive notifications about information and event scheduling for Joan

Print
A private interment will be held at 1 p.m. on Monday, March 30, 2020 at St. Paul Lutheran Cemetery in Canyon.

We encourage you to share your most beloved memories of Joan here, so that the family and other loved ones can always see it. You can upload cherished photographs, or share your favorite stories, and can even comment on those shared by others.

Guaranteed hand delivery by a local florist
AT

Posted Apr 03, 2020 at 02:24pm
So sorry to learn that Joan died. This earth has lost another kind soul. I remember her cheerful and positive attitude as she served people and our Lord in many ways. Our sympathy is with the family. May God be with you, peace, Audrey Taylor, Kim, too
Comment Share
Share via:
RH

Posted Mar 30, 2020 at 01:51pm
Shannon, Dan, & Brian,
I and my family wish to express our deepest sympathy, for the loss of your mother. When Pam died, Joan was there for me all through the funeral and beyond. She was such a good friend and sister-in-law. We talked a lot on the phone through out. During my helping her with Icil's estate and them dealing with Pam's, Joan was so helpful and supportive. I will miss her a lot, as will everyone who knew her. She was a lot like a sister to me and I really cherished our relationship. Please know that you are in my prayers.

Posted Mar 29, 2020 at 10:59am
She was a lovely lady. My sincere condolences to your family. Her obituary was a tribute to her life.
With sympathy,
Anne Thomason

Posted Mar 28, 2020 at 06:06pm
Joanie bologna we so love you and have thoroughly enjoyed our friendship for 15 years! Rest In Peace our beautiful friend.
Comment Share
Share via:

Posted Mar 28, 2020 at 03:30pm
Chuck, Shannon, Daniel, and Brian: my deepest sympathies to you at this very difficult time. I have many happy family memories of Joan. In fact, in the days we cousins were growing up most of our social life was family oriented. All the holidays, birthdays, and many Sunday afternoons were spent at Grandpa & Grandma Murphy’s farm. Our families liked to have good, clean fun, playing kickball, Uncle Johnny pulling us on a toboggan behind his John Deere tractor (many a toboggan was destroyed this way). Grandpa especially enjoyed decorating his yard for Halloween, taking us fishing, etc. I hope you can recall good times with your mom to ease the pain of loss. God be with you.
Comment Share
Share via: 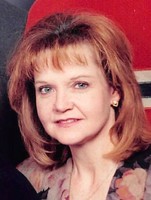