To share your memory on the wall of James Weldon Weatherly, sign in using one of the following options:

Print
James Weldon Weatherly, 67, of Canyon, Texas, passed from this world to his heavenly home on July 25, 2020 after a long battle with cancer.

Services will be at 10:00 A.M. on Wednesday, July 29, 2020 at Living Water Christian Fellowship... Read More
James Weldon Weatherly, 67, of Canyon, Texas, passed from this world to his heavenly home on July 25, 2020 after a long battle with cancer.

James was born on October 5, 1952 in Greenville, Texas to Clyde and Lois Phillips Weatherly. Shortly after his birth, his family moved to Friona, Texas where James attended school and graduated in 1971. James started dating Cindy Hutson during his sophomore year of high school and they dated until they married on July 6, 1973. He then attended Texas Tech University and graduated in 1975 with a degree in Agricultural Business and Economics. After graduation, James farmed for five years in Friona. While in Friona, he and Cindy had their daughters, Tiffany, in 1977 and Shayla, in 1979. In 1980, the family moved to Austin, Texas to own and operate a Sonic Drive-In for six years. Their son, Landon, was born in Austin in 1986 before they decided to move back to the Panhandle to be closer to family. James and Cindy have lived in Canyon for 34 years where James worked in the agricultural industry. For the last 18 years, he worked as the Senior Regional Manager for Durvet, Inc. until retiring in December of 2018.

James was very passionate about his walk with Christ and was an elder at Canyon Hills Church of Christ. He was also involved in Gideons International where he handed out bibles to students and Randall County Jail Ministry that allowed him to witness to inmates. Despite having his own cancer battle, James was passionate for praying over others and sharing God’s word. One of James’ greatest joys in life was his family and he cherished every moment spent with them. He and Cindy enjoyed years of traveling to many different places together. James was known for his kind, genuine spirit, his gift of conversation, and the art of making everyone in the room feel loved. He was a true servant for Christ living every day to spread the word of God.

The family would like to thank everyone for the many prayers, calls, and texts. And a special thank you to everyone at MD Anderson Cancer Center, Harrington Cancer Center and BSA Hospice of the Southwest for their loving care.

To send flowers to the family or plant a tree in memory of James Weldon Weatherly, please visit our Heartfelt Sympathies Store.

Receive notifications about information and event scheduling for James Weldon

We encourage you to share your most beloved memories of James Weldon here, so that the family and other loved ones can always see it. You can upload cherished photographs, or share your favorite stories, and can even comment on those shared by others.

Ken and Joyce Ridenour and Global Animal Products , The Farrell Family, and other have sent flowers to the family of James Weldon Weatherly.
Show you care by sending flowers

Flowers were purchased for the family of James Weldon Weatherly. Send Flowers 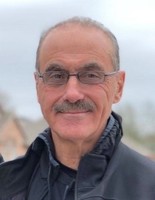 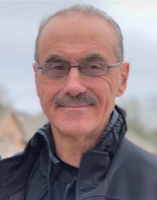