To share your memory on the wall of James "Jim" Simon, sign in using one of the following options:

Jim Simon was born on September 8, 1936 in Amarillo to Alieene and Frank Simon. He married Joyce Barker, who preceded him in death in 2003, in Amarillo on December 17, 1965 in Randall County. Jim married Pat Cummins Hall in Amarillo on April 28, 2006. Jim graduated from Canyon High School and received an Associate Degree in Mid-Management from Amarillo College. He retired from Southwestern Public Service after 35 years and loved every day of his dedication in serving the community.

He was a member of Bell Avenue Church of Christ and Kiwanis International, where he served as President during the 1980’s. One of Jim’s favorite past times was bowling which he began with Canyon Bowl in 1960. Most recently he bowled with Swinging Seniors and NTO Seniors at Western Bowl. He served for the last 10 years on the United States Bowling Congress nominating committee. He also served as President, Vice President and Secretary for USBC. He was named Senior Bowler of the Year in 2018/2019.

Jim was an avid farkle player and loved a good game of chicken-foot dominoes. He enjoyed water skiing in his younger days and was a talented leather craftsman, making gifts for family and friends. He loved to make people laugh and had a nickname for each of his family and friends. He had a love of gardening and especially enjoyed raising cacti. Jim was very proud of his sons Dale and Don, and grandson, Mason, who all served in the United States Marine Corps.

He was preceded in death by his parents; son, Phillip Don Simon; step-son Ken Hall; and brother, Frank Earl Simon.

The family suggests memorial be made to High Plans Children’s Home at www.hpch.org or PO Box 7448, Amarillo, Texas 79114.

To send flowers to the family or plant a tree in memory of James "Jim" Simon, please visit our Heartfelt Sympathies Store.

We encourage you to share your most beloved memories of James "Jim" here, so that the family and other loved ones can always see it. You can upload cherished photographs, or share your favorite stories, and can even comment on those shared by others.

Posted Mar 14, 2020 at 07:23pm
Uncle Jim was always a source of laughter at our family gatherings, and, I don't know that I have ever seen anyone have more fun water skiing! And, that donkey bray; wow, who could ever duplicate that! He was a wonderful, caring husband and loved his family with his whole heart. He will be greatly missed by all of us. Beth Aldrich
Comment Share
Share via:
CL

Posted Mar 14, 2020 at 01:45pm
I told my brother about our Uncle Jim and we both started sharing stories about him. I will always remember that every dance we ever had, Uncle Jim was on the dance floor the entire time, taking turns dancing with all of us. My brother remembers Uncle Jim waterskiing and how he had the ability to take off from the shore! Just wanted you to know that we have fond memories of him and have enjoyed reminiscing.
Comment Share
Share via:
CL

Posted Mar 14, 2020 at 11:16am
As a longtime bowling teammate Jim was the best. He always gave his best effort and lifted the spirits of everyone around him. I called him our team cheerleader and if I came to bowling grumpy, Jim would soon take that away. One of his favorite things to do at bowling was his famous mule braying when a teammate made a special shot. It was infectious and I loved it. You are missed my friend.
Comment Share
Share via:
CL

Posted Mar 14, 2020 at 02:00am
To my dear aunt Pat, We have been so blessed that you brought uncle Jim into our family. He will be so missed. With deepest condolences,

Posted Mar 13, 2020 at 06:07pm
Cuz, you will be missed. You and your Dear Pat, were always there for Mother. If she called you, you were there. When I first met Cuz, I knew immediately why he was one of her favorites. Such a special man! He always had a smile and a warm hug. He never burdened anyone with his circumstances. In fact, he always redirected the conversation saying he was alright. He was brave throughout his ordeal and put his trust in Almighty God. Pat, there are no words to console your heart that I can offer you and your family. I’m so sorry. The love, laughter, and faith of Cuz will stay in my heart.
Comment Share
Share via: 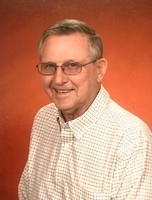