To share your memory on the wall of Guyle Corley, sign in using one of the following options:

Print
Guyle Corley, 57, of Canyon passed away on Tuesday, April 21, 2020. Private graveside services will be held on Thursday, April 23, 2020 at Dreamland Cemetery. A memorial service will be held at a later date.

Guyle was born on October... Read More
Guyle Corley, 57, of Canyon passed away on Tuesday, April 21, 2020. Private graveside services will be held on Thursday, April 23, 2020 at Dreamland Cemetery. A memorial service will be held at a later date.

Guyle was born on October 23, 1962 in Morton Texas to Dave and Frances Wright Corley. He was a 1981 graduate of Canyon High School and married Lori Lenzen on October 17, 1997 in Amarillo at Trinity Fellowship Church.

Guyle’s faith in the Lord was most important to him and he was very involved in Freedom Fellowship Church, serving in many capacities including Elder. His second love was his family, and his legacy was his heart and passion for West Texas Karate / Bushukan dojo where he will be lovingly remembered for his impact on his many students and their parents. He also enjoyed the outdoors, fishing and hunting.

Warriors don’t just survive, they overcome and win. Guyle was a warrior in every sense of the word and fought valiantly to the end.

The family suggests memorials be to Freedom Fellowship Mission Fund, 55 Hunsley Road, Canyon, Texas 79015. If you wish to send flowers, please wait for the memorial service at a later date.
Read Less

To send flowers to the family or plant a tree in memory of Guyle Corley, please visit our Heartfelt Sympathies Store.

Receive notifications about information and event scheduling for Guyle

Print
Private graveside services will be held on Thursday, April 23, 2020 at Dreamland Cemetery. A memorial service will be held at a later date.

We encourage you to share your most beloved memories of Guyle here, so that the family and other loved ones can always see it. You can upload cherished photographs, or share your favorite stories, and can even comment on those shared by others.

Posted Apr 22, 2020 at 02:57pm
I am so sorry for you loss. I remember when you all lived across the street. Lots of fun for the kids in the neighborhood. Homemade ice cream to share. May you be comforted by God's love.

Posted Apr 22, 2020 at 12:55pm
LORI AND FAMILY, PLEASE KNOW WE ARE THINKING OF YOU ALL DURING THIS TIME OF LOSS OF GUYLE. HE WAS SUCH AN EXCELLENT INSTRUCTOR AND TEACHER TO TAYLOR. I LOVED WATCHING THEM INTER ACT DURING THE LESSONS. HE WILL BE TERRIBLY MISSED BY NOT ONLY THE FAMILY BUT THE COMMUNITY. HE IS NOW IN THE PRESENCE OF OUR HEAVENLY FATHER. GOD BLESS YOU ALL...............STEPHANIE AND TAYLOR RAYMOND
Comment Share
Share via: 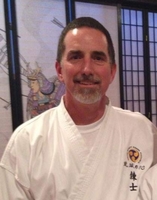 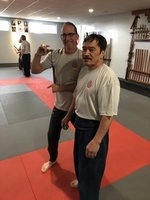 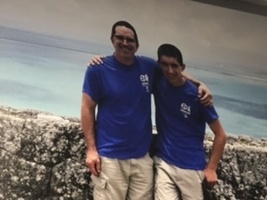