To share your memory on the wall of Donald Branch, sign in using one of the following options:

To send flowers to the family or plant a tree in memory of Donald Lee Branch Sr., please visit our Heartfelt Sympathies Store.

Receive notifications about information and event scheduling for Donald

We encourage you to share your most beloved memories of Donald here, so that the family and other loved ones can always see it. You can upload cherished photographs, or share your favorite stories, and can even comment on those shared by others.

Posted Dec 08, 2019 at 12:00am
My name is Tom Coleman. In February of 1956 I was in basic training at Lackland Air Base in Texas. My best friends there were two brothers from pa. and a Donald Lee Branch from Wellington Texas. The four of us were like brothers getting ourselves through basic. Don and I communicated by mail after service but I believe Don was travelling around a lot with work and we lost track of  each other. I have attempted a number of times to find Don but was never able to find him. I just wanted to express my condolences and to tell his family that he was perhaps one of the friendliest nicest persons I had the  privilege to know, even if it was for such a short time.
Comment Share
Share via:
I

Posted Sep 14, 2019 at 12:00am
Don was such a gracious man, when we would have club meetings at their house, he made a point to come out to say hello!  So very glad that I got to spend a couple of hours with Don and Susie before they moved, I know he will be missed by many.
Comment Share
Share via:
L

Posted Sep 13, 2019 at 12:00am
To my Uncle Don.... what a great legacy you have left. You will always be in our hearts. We love you and will always cherish our memories of you. Give Mamaw, Grandaddy and Uncle Billy a big hug for us!
Comment Share
Share via: 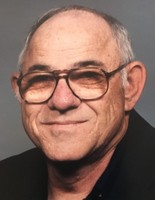