To share your memory on the wall of Darrel Dane Lowrance, sign in using one of the following options:

Darrel was born on June 28, 1933 in Beckham County, Oklahoma to Mamie Fawn and M.E. (Jack) Lowrance. He married his best friend, JoAnn Long, on February 3, 1961 in Amarillo. Darrel moved to Amarillo in 1954 to work for the Amarillo Police Department. He worked there until 1962 and spent some time working for the Potter County Sheriff’s Department. Later, he worked for Cummins Diesel Sales and Service and Consolidated Equipment before going to work for Frito Lay in 1971, retiring in 1998.

Darrel was a member of OASIS (Southwest Baptist) Church where he served as trustee and was a member of the men’s Bible Study. Most of his social life was with his church family and his family. He loved each one and enjoyed time spent just being with them. His twin great-great grandchildren were the light of his life these last 2 ½ years.

To send flowers to the family or plant a tree in memory of Darrel Dane Lowrance, please visit our Heartfelt Sympathies Store.

Receive notifications about information and event scheduling for Darrel Dane

We encourage you to share your most beloved memories of Darrel Dane here, so that the family and other loved ones can always see it. You can upload cherished photographs, or share your favorite stories, and can even comment on those shared by others.

Posted Aug 29, 2020 at 12:02pm
Joann, DeWanda and I have such fond memories of you and Darrel. I know you miss him but Heaven is a brighter place with that smile. I'll bet he is praising the Lord along with my Mother and Grandson, John Michael. May the peace of God's promise comfort you in the time to come.
Johnny and DeWanda Perdue
Comment Share
Share via:
HS

Posted Aug 29, 2020 at 09:16am
Our thoughts and prayers are with you and your family. We really enjoyed our talks with Darrel And he had a tremendous heart. The Hoyl Financial Group

Flowers were purchased for the family of Darrel Dane Lowrance. Send Flowers

Posted Aug 25, 2020 at 03:42pm
So Many Sweet Memories, what a Great Man and a Great Family, We Love you guys.
Cherish each and every Memory!!!!
Comment Share
Share via:
AW

Posted Aug 24, 2020 at 08:46am
Shari and family, Prayers for you all in this time. May God give you his perfect peace. Love, Allison, Colby, Hayslee, & Drayson White 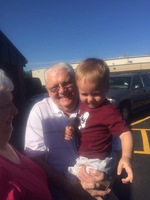 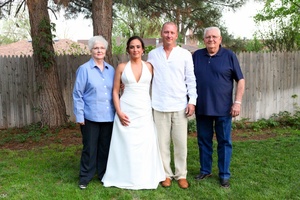