To share your memory on the wall of Cordell Huddleston, sign in using one of the following options:

Print
Cordell Huddleston, 79, of Canyon passed away peacefully on Friday, December 6, 2019 with his wife Linda by his side.  Memorial services will be at 11:00 A.M. on Monday, December 9, 2019 at the Canyon First Assembly of God Church with Rev. Billy D. ... Read More
Cordell Huddleston, 79, of Canyon passed away peacefully on Friday, December 6, 2019 with his wife Linda by his side.  Memorial services will be at 11:00 A.M. on Monday, December 9, 2019 at the Canyon First Assembly of God Church with Rev. Billy D. Nickell, pastor of First Family Church in Amarillo, officiating.  Graveside services will be on Monday at 10:00 A.M. at Dreamland Cemetery.  The family will receive friends from 4:00 to 6:00 P.M. on Sunday, December 8, 2019 at the Canyon First Assembly of God Church. Cordell was born on October 13, 1940 to Archie and Sarah Woolsey Huddleston in Raymondville, Texas. He grew up in Plains, Texas, where he played football, set a school record for running the mile that stood for decades, went to the state championship in basketball, and was loved by all who knew him. After high school, he attended Texas Tech Banking School. During that time, he began dating a sweet young lady from his hometown, Linda Fitzgerald, who became the sunshine of his life. On November 17, 1963 they were wed in Plains. Cordell worked at Plains State Bank until enlisting in the Army from 1966-1968, at which point he was honorably discharged. He returned home to his wife Linda in Plains, and in 1970 they adopted their first son Kason Cordell. Shortly after, the family moved to Canyon, Texas, where Cordell began work at West Texas State Bank. He became a treasured banker as he helped people begin their banking journey, walked with them through hard financial seasons, and loved the people of Canyon as they came through each day. In 1973, Cordell and Linda adopted their second son, Jason Bryan. Both of their boys were his joy as he took them to church, taught them the Word, trained them for football, cheered loudly at their games, and doled out Godly wisdom throughout their lives. At the age of 52, Cordell changed careers and began attending the Dallas Institute of Funeral Directors, where he received the highest honor of the Bill Pierce Award. He returned home to Canyon and worked for Brooks Funeral Directors for 13 years. His gentle nature, compassion, and genuine love of people were a blessing to many families during the hardest season of life. After retiring, he managed Dreamland Cemetery before officially retiring in 2016 to focus full time on his favorite job: being Grandad. He had 7 grandchildren, and every single one brought a smile to his face – and they cherished him deeply. Cordell was the truest of friends. He made and held tight to many life-long friends, even from his days in Plains. His boys have rich memories of going to play golf with their dad and many of his friends. He loved to tell jokes and would get a kick out of the funny emails his sons printed off and sent to him. He always looked for a way to bring fun into any gathering. One of the family’s fondest memories is when he told everyone they had to bring a talent for a talent show they were having at Christmas. It was a favorite memory for the grandkids, and gave him and Linda a chance to once again be so very proud of their grandchildren. He was also the life of many parties with his pranks and fun Christmas gift exchanges. Cordell was a servant throughout his life. In addition to those he served during his career, he was also active in Canyon Lions Club and Canyon Chamber of Commerce. He was a longtime member, Sunday School Superintendent, and board member at Canyon First Assembly of God. In recent years, he enjoyed watching the live feed of his son Kason preach from Dallas each Sunday; he also enjoyed viewing sermons by John Hagee. He was an avid supporter of Little Dribblers, having coached for numerous years, and High Plains Children’s Home. The most important legacy he leaves is not one of what he did, the people he helped, or his intense love for his family. It is the foundation of what all of that was based on. Cordell served the Lord his entire life. He walked the straight path and did not stray. He kept his eyes on Christ, looking forward to what lay ahead. He always told his family “The number one goal is to make Heaven your home, and take as many people with you as you can.” Last Friday, he finally reached that goal for himself – he made Heaven his Home. He greeted many of those who shared his love of Christ when he arrived, and will be waiting for others to join him there. Cordell was preceded in death by his parents, Archie and Sarah Woolsey Huddleston; two brothers, J.D. Huddleston and Alton Huddleston; two sisters, Marie Lowery and Caroline Ricks. Cordell was survived by: his wife, Linda of Canyon; son Kason Huddleston and wife April of Rockwall, their children Rachel, Elizabeth, and Nathan; son Jason Huddleston and wife Nicole of Perryton, their children Sarah, J.B., Megan, and Canon; two brothers, Alan and Norman Huddleston; and one sister, Romana LeColst.
Read Less

To send flowers to the family or plant a tree in memory of Cordell Huddleston, please visit our Heartfelt Sympathies Store.

Receive notifications about information and event scheduling for Cordell

We encourage you to share your most beloved memories of Cordell here, so that the family and other loved ones can always see it. You can upload cherished photographs, or share your favorite stories, and can even comment on those shared by others.

Posted Dec 27, 2019 at 12:00am
Condolences to family and friends of Cordell Huddleston. A good man and community leader in Canyon. He will be missed!
Comment Share
Share via:
CS

Posted Dec 09, 2019 at 12:00am
Linda I'm so sorry for your loss! Cordell was a great man. He will be missed by everyone that knew him!
Comment Share
Share via:
JA

Posted Dec 09, 2019 at 12:00am
Cordell was one of my favorite people from school in Plains.  I respected him and will miss him greatly. My thoughts and prayers are with eachmember of the family. Jo Ann Bailey  Attaway
Comment Share
Share via:
RP

Posted Dec 07, 2019 at 12:00am
Designers Choice was purchased for the family of Cordell Huddleston by Rissie Parker.   Send Flowers Always remember his smile & compassion for everyone. So blessed to have worked with him. My love & prayers are with you all. Love, John & Rissie Rissie Parker
Comment Share
Share via:
JB

I met Cordell when we were in basic training together. He was a fine man. Last time I saw or heard from him was when he dropped by to visit in Levelland Tx in 1968. It’s good to know that he never changed from the fine person he was then. 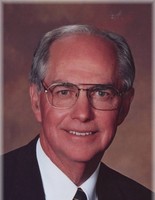