To share your memory on the wall of Charles \'Charlie\' Smyrl, sign in using one of the following options:

Charlie was born on September 30, 1939 in Littlefield, TX to Charles and Mollie Walker Smyrl. He received his bachelor’s degree from West Texas State University. He married Connie Penn in Clovis on April 24, 1980, and she preceded him in death on August 30, 2005.

Charlie worked as manager at Taylor and Sons Grocery for many years where he developed countless lasting friendships. He continued working there after it became Lowe’s and then Charlie spent the remainder of his working years at United Supermarket in Canyon where he continued his many friendships. Due to his health, Charlie retired from United in May of 2019.

Charlie was a member of First Baptist Church of Canyon and Canyon Kiwanis Club. He was an avid sports fan and always enjoyed watching Canyon sports, his favorites being Canyon Football and the Lady Eagles Basketball teams. He also enjoyed WTAMU sports, the University of Texas Longhorns, the University of Tennessee Volunteers, and the Dallas Cowboys.

To send flowers to the family or plant a tree in memory of Charles 'Charlie' Smyrl, please visit our Heartfelt Sympathies Store.

Receive notifications about information and event scheduling for Charles 'Charlie'

We encourage you to share your most beloved memories of Charles 'Charlie' here, so that the family and other loved ones can always see it. You can upload cherished photographs, or share your favorite stories, and can even comment on those shared by others.

Posted Oct 16, 2020 at 06:31am
We are so sorry for the loss of Charlie! He was an amazing man and he always remembered you. Prayers for the family during this time!
Comment Share
Share via:
RS

Posted Oct 15, 2020 at 05:06pm
Charles was my big brother, who stepped in as a Father figure., he took care of all of us, he even went to work at age 15 to help our family with finances. He was always there for me, a great big brother. He loved sports , especially the college football and the Lady Eagles, we took many trips together to watch tournaments , these outings were amazing , he not only taught me about sports, he taught me about life. Charles was a Man of God , he was kind and caring ,really funny, hard working, he was a great man, We will miss you so much Charles!!
Comment Share
Share via:
PC

Posted Oct 15, 2020 at 04:25pm
I was so sorry to hear of your loss of Charlie. My husband knew Charlie through his interactions with him as we owned a property management company in town and Charlie and my husband, Rodney were out and about doing things around town...their interaction was priceless. If Rodney could know that Charlie had passed away, he would be so sad and would for sure go to his funeral, but he can't since he is in a Memory Unit at this time. Charlie was my friend, giving me a hug, talking to me about how Rodney was doing and making me feel like I was special when I came into every store mentioned in his obituary...that is how long I have known Charlie. He was a special man to me and my family and will be remembered!
Comment Share
Share via:
HS

Posted Oct 15, 2020 at 09:25am
For a very special man that knew and loved everybody and was always available to help in any way possible. Wilford and Norma Taylor and family.

Flowers were purchased for the family of Charles 'Charlie' Smyrl. Send Flowers 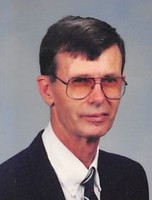 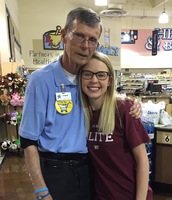